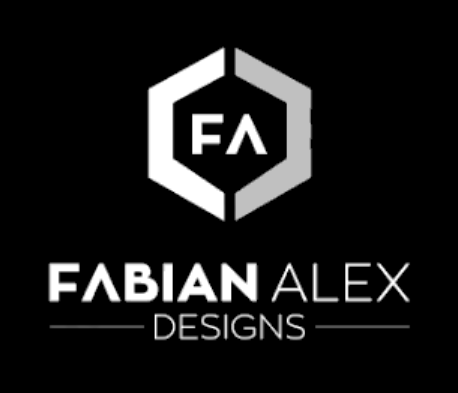 This website was created by Fabian Alex Designs Team

the  new album, out now

includes news and updates from the artist direct to your  inbox

“Roxy Rawson knows how to bewitch a crowd. The classically-trained musician has been bringing her unique blend of impish violin vocals to the London gig scene for a few years. Her music is beautifully peculiar; a sweet mix of classical notes and frenzied, catch-me-if-you-can lyrics interspersed with bursts of laughter. She doesn't take herself too seriously and is original to the point of raising eyebrows; comparisons to the likes of Joanna Newsom and Regina Spektor are beginning to emerge.” - Independent on Sunday

“Smothered in heart-wrenching emotion and unusual arrangements” - The 405

“Roxy Rawson is to the violin what Anni Rossi is to the viola: a playful, hiccupping mistress of unpredictable, manic creativity and tongue-twisting, head-turning lyrics who can have any audience eating out of her graceful hand after only one song” - Wears the Trousers

Falling squarely into the anti-folk category by way of a manipulated, punk-y violin, Roxy Rawson has been a cult presence on the Parisian and London music scenes. Now based in San Francisco Bay, she released her long awaited full length debut album in November 2018. This is a singer songwriter whose flair for the alternative demands the world's attention.

Roxy Rawson's intriguing upbringing hints at her eclectic sound. Born into a Mormon community in Hitchin, she was introduced to music through Church hymns, but first found her feet in Paris where she studied violin and piano at University of Paris VIII. Surrounding herself with local jazz performers, she joined several orchestras and spent much of her time studying classical and baroque styles of music. Her vocal tutoring, however, was far less orthodox. Rawson quite literally found her own voice, developing a unique and hiccuped vocal style through singing ‘jumping jazz intervals’ on the streets of the French capital. She also joined an African Choir, adding yet another multi-cultural layer to her sound. It's this culturally diverse range of influences that have led to the wholly unique music she produces today.

Having grown frustrated by the confines of classical music and feeling compelled to experiment while studying for her exams, Rawson left Paris in 2004, and began to make a mark on the London music scene by 2006.

She joined an anti-folk collective by the name of AsYet, working alongside alternative original talents such as William Nein, David Goo, Miss Jo Williams, Fiona Bevan and Left with Pictures. It was here that she nurtured her distinctive, edgy sound, attracting the attention of producer and label owner Al Mobbs (Damon Albarn). A development deal with Sony sealed the deal, and in 2009 her debut EP Changing Things was released on Ambiguous Records. Showcasing her beautifully peculiar music, the EP included lead demo “Riddle It” alongside three new songs. It documents a sweet mix of classical notes, funk rhythm and acoustic pop music, combined with frenzied, mysterious lyrics and unexpected rhythm changes. Also armed with coinciding single “Fingers”, Roxy began to make an impact on the UK music press.

Bursting with character, her music was played on mainstream as well as alternative radio, receiving praise from John Kennedy (XFM), Rob de Bank (BBC Radio 1), and Tom Robinson (BBC Introducing, Radio 6), as well as rave coverage from Resonance FM and online music blogs and magazines, such as Wears the trousers, God is in the TV, Criticism Fringe, The 405, Sweeping the Nation, The Color Awesome, Unrecorded and So So Gay.

This coverage spurred live performances in iconic UK venues such as Roni Scott's; a concert with the Hush series and AWAL at the Royal Albert Hall; and support slots at the Union Chapel with Yasmin Levy, for Sia at the Roundhouse, and with Emmy the Great for Wears the Trousers.

Now readying her debut album following a period of ill health, Roxy Rawson has teamed up with producer Ben Lamdin, who has harnessed her rare musical gift thanks to a history of jazz collaboration. Lamdin's unique style of analogue production technique takes pointers from the 60s and 70s jazz/ funk music scenes; a talent that's seen him produce for the likes of jazz/ funk artists Lizzy Parks, Alice Russell and Josa Peit and Jamie Cullum (Interlude).

Titled Quenching the Kill, Roxy's full length album charts her journey from the darkness and confusion of losing her life as she knew it, to recovery and hope for the future. It strives for authenticity in the face of muted creativity. It is a brave and beguiling look at Roxy's desire for emotional honesty in an industry in which emotional vulnerability has been supplanted by commercialized sentiment.

The songs from Quenching the Kill will be released on November 30th 2018, preceded by Single “The Good Shepherd”. A firm favourite of her fans, “God's Got Bones” was first streamed as a demo through Roxy's Soundcloud page in 2012, introducing her music to websites such as Line Scratchers, Oh My Tracks, Amelia's Magazine and DrunkenWerewolf.

Like previous material, Quenching the Kill draws from deeply personal sentiment, while maximizing on Roxy's diverse musical heritage. The results are as playful as they are savage, interjecting string arrangements with driving rhythm, dramatic yearning and a woozy beauty.